Assembly at the New Temple 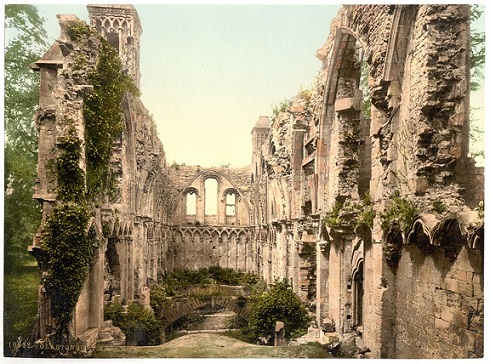 No letters are recorded on the chancery rolls between 1 and 6 January. On 28 December, from Tewkesbury, orders were sent to Reginald of Cornhill to dispatch wine to Reading, in all likelihood for the King's immediate use.1 As early as 30 October, the King had summoned the prior and monks of Glastonbury to attend at Reading a fortnight after Christmas (8 January), when the King intended to meet with the legate Nicholas, archbishop Langton and his suffragans and 'other magnates' to discuss 'our difficult business' (pro arduis negociis nostris).  The monks were promised a hearing in their ongoing disputes with Jocelin of Wells, bishop of Bath, who claimed jurisdiction over their abbey.2 By January, of course, the legate Nicholas had long been recalled to Rome, and the monks of Glastonbury had been placed, against their will, under the authority of bishop Jocelin. In the meantime, the venue for the proposed council at Reading seems to have been shifted to London and the New Temple. There, during the week beginning on Wednesday 7 January, we have evidence for a major gathering of bishops and barons.

The past few months had witnessed the first stirrings of a much wider baronial conspiracy against the King. We have already seen that Roger of Wendover, writing in the 1220s, reports a meeting of baronial malcontents at Bury St Edmunds, perhaps as early as November 1214. According to Wendover, the barons here swore oaths to make war upon the King should he refuse their demands, agreeing  that 'after Christmas, they would go together to the King to seek his confirmation of the aforesaid liberties, and that in the meantime they would prepare sufficient horses and arms' to compel the King to obedience. All of this occurred within a context of rumours of baronial conspiracy widely reported since at least as early as the summer of 1212. According to Wendover, rumour had in 1213 been converted into hard promises of reform made to 'the barons', both by the King and by archbishop Langton.3 Certainly, there is widespread evidence in 1214 of resistance to the payment of the scutage demanded for the King’s campaign in Poitou, for which final accounts, supposedly due on 9 September, were in many cases never rendered.4

It is against this background that we need to set writs said to have been issued by the legate Nicholas, shortly before his departure from England, 'against conspirators'.5 Holt sought to relate these writs (themselves now lost) to a papal promise, of 31 October 1213, that the legate, as soon as the Interdict was lifted, would denounce all conspiracies and factions (coniurationes et factiones) arising from the wider dispute between regnum and sacerdotium.6 In reality, we do not need to impose so restrictive an interpretation. The legate's writs might well have concerned more recent and more general baronial conspiracy. Clearly, just such a conjuratio was anticipated by the King, even before his return to England in October 1214. Why else were there such elaborate precautions for the King's reception on his return from Poitou, and for the safe keeping of his family and castles? Holt was nonetheless right to emphasise that the baronial conspiracy remains a penumbrous affair, allowing for no week-by-week reconstruction of what Holt himself termed 'this spreading disaster'.7

Instead, our understanding is necessarily based upon the surviving chancery records, themselves a 'royal' source. As pointed out by Sir Richard Southern, in a magisterial review of the first edition of Holt's Magna Carta, this imposes a 'necessarily .... simplified royal pattern' upon events. Moreover, the chancery sources lend

'An appearance of consistency to the twists and turns of John's policy that is denied to the barons. The barons are strong in the support of chroniclers, and so long as the history of the period was mainly written on the basis of their evidence they had the benefit of a similar appearance of consistency. The readjustment of perspective was necessary, but the administrative bias may prove in the end to be no less deceptive (it is certainly more subtle) than that of the chronicles' 8

The best that can be said, perhaps, is that by the New Year of 1215, the barons were prepared for a rising against the King. It is to the emergence of this rebellion that we must now turn. 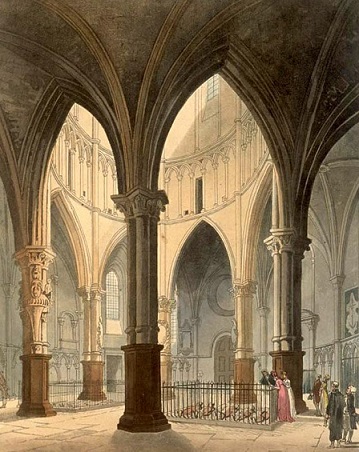 In the week after 7 January, at their meeting at the New Temple, King and barons clearly discussed a number of significant issues. In many respects what was restaged here, in the same venue and before many of the same witnesses, was the meeting of late November, also held in the Temple, in which John had first granted his charter of free election to the English Church. Many, indeed perhaps all of the charters granted to churchmen on that earlier occasion were now reissued: on 9 January, for example, the charter confirming Jocelin bishop of Bath in possession of Glastonbury Abbey, and in due course the charters granted in November to the bishops of Lincoln and Ely.9 On 15 January, the charter of free election itself was reissued. As with the charters to the bishops of Bath, Lincoln and Ely, this reissue carried the same witnesses that it had first carried on 21 November, making it difficult to establish whether their names were simply copied from the earlier charter, or whether the witnesses themselves attended court both in November and January.10

On 9 January, the King confirmed Peter Saracen, citizen of Rome, in possession of an annual rent of 20 marks first granted in 1212.11 Peter’s son was presented by the King to a vacant prebend in the royal collegiate church of Bridgnorth in Shropshire.12 On 11 January, Simon, nephew of the papal legate Nicholas of Tusculum, was offered promotion to the archdeaconry of York, in succession to Sampson, another of the legate’s nephews, who was reported as having resigned the archdeaconry.13 As this flurry of business concerning Italians suggests, the King was in the process of preparing an embassy to Rome, first notified on 8 January when Hugh abbot of Beaulieu was authorized to contract loans from foreign merchants.14 In all likelihood, this represents the first real effort on the King’s behalf to comply with the promises, made in November, that he would obtain papal confirmation of his recent settlement with the exiled bishops, not least for the charter of free elections. Certainly, it was the form of the charter of free election as reissued on 15 January, rather than as first granted on 21 November, that in due course was confirmed and recited by Pope Innocent III.15

That the King was anxious to pacify the Church is further suggested, on 7 January, by his grant of assent to the election of Richard Poer, dean of Salisbury, as bishop of Chichester.16 Richard, an illegitimate son of the late Richard of Ilchester, bishop of Winchester, had been excluded in 1205 from promotion to his father’s see, in order that John could promote his French-born friend, Peter des Roches. Since then, Richard had joined the exiles from the Interdict and had risen to a distinguished position in the schools of Paris, apparently as a long-time pupil and supporter of Stephen Langton.17 His election to Chichester, following the recent promotion of Benedict of Sawston to Rochester, can only be read as a sign of the King’s determination to continue the appeasement of Langton.

The reasoning here can only be appreciated if we consider the broader context of the council of early January. Here, it is clear, the discontented barons first brought their demands into the open, protesting not just against the King’s recent scutage but more generally against the traditions of royal government that, in due course, were to find remedy in Magna Carta. Since these discussions continued across the eight days from 7 to 15 January, it is best that we leave proper discussion of the baronial demands for more detailed consideration next week.