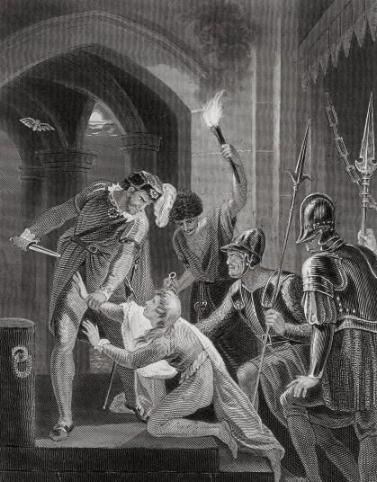 The King spent most of this week on the northern and western edges of Poole harbour, perhaps awaiting the arrival of mercenary reinforcements from France. He then travelled north to Marlborough in Wiltshire. There on 7 February he issued the week's only charter: a grant of a market and annual fair to Walter de Dunstanville, for his Wiltshire manor of Heytesbury. The witnesses to this charter, headed by the constable of Marlborough, Hugh de Neville, suggest a court attended by a fairly humble collection of knights. Amongst them, it is worth noting the presence of Henry fitz Count, bastard son of the late earl of Cornwall: a would-be great man in his own right, but here listed seventh in the witness list, behind such relatively minor figures as Henry fitz Aucher or Peter Escudemore.1 Earlier in the week, there had been a grant, by letters patent rather than by charter, of a weekly market to the men of Corfe, living in the shadow of John's great state prison, Corfe Castle.2 Peter de Maulay, Corfe's constable, was himself a figure of ill-omen, an alien from the Loire, exiled to England after the loss of John's northern French lands in 1204, and established by marriage as a major landholder in Yorkshire. Rumour still circulated that it was Peter, in 1202, who had carried out the murder of Arthur of Brittany, King John's young nephew: the event that more than any other had precipitated the loss of Normandy and hence the King's subsequent travails.3 On 1 February, Peter was granted letters of protection for himself, his men and his lands for so long as she should remain in service with horses and arms.4

The most significant business recorded this week concerned Ireland. On 1-2 February, the King issued a whole series of instructions relating to his Irish lands, most of them transmitted to Henry of London, archbishop of Dublin, newly appointed as successor to John de Gray, bishop of Norwich, as the King's chief minister in the province. The King of Connaught and his men were promised peace for so long as they remained faithful.5 Others of the Irish kings were sent gifts of scarlet cloth.6 Messages passed to Ireland via Amfredus de Dene and the archdeacon of Poitiers.7 The archdeacon, we can assume, was a refugee, now persona non grata in France as a result of his support for John's expedition of 1214.8 Amfredus, besides acting as go-between, was himself an active participant in the Irish land market, offering 100 marks for an Irish heiress (provided her childhood marriage could be dissolved), and during his time in England offering a further 500 marks for wardship of the lands and heirs of two further Irish barons, Richard de Tuith and Robert de Lacy. The fine was to be paid within a year, supplying some indication of the King's craving for cash. 9 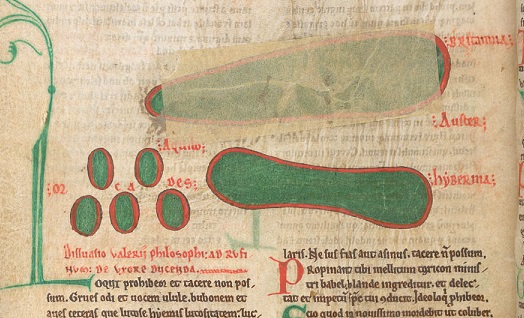 The Archbishop of Dublin, meanwhile, was sent a long list of memoranda and instructions, mostly involving debts owed by Irish landowners, or new fines to be negotiated, in several instances for the release of hostages or prisoners.10 Various of these involved men, or the heirs of men who had first risen to prominence in Ireland during John's years as lord of Ireland, in the fifteen years prior to his accession as King in 1199. All told, nearly thirty individual transactions are detailed here, ranging from fines of 20 or 40 marks for the release of hostages, all the way up to far more substantial sums, such as the 1000 marks offered for four cantreds of land formerly held by the bishop of Norwich or the further 1000 marks offered for the wardship and marriage of the heir of Thomas fitz Maurice, son of Maurice fitz Gerald, himself one of the great figures of the conquest of Ireland fifty years before. These fines deserve more detailed treatment than they have previously been afforded. They go unremarked, for example, in Goddard Henry Orpen's detailed history of Ireland under the Normans.11 Taken collectively, they supply a snapshot of John's financial dealings in Ireland second in importance only to the Irish Pipe Roll for the year 1211-12 (14 John).12 Certain characteristics are worth highlighting here.

Firstly, there were the considerable profits that Ireland still promised to the crown. The total of fines recorded in February 1215 comes to more than £2700, to which can be added £950 in existing debts for which distraint was commanded, and a further unspecified although almost certainly handsome profit anticipated from the Irish exchange and mint. Escheats (heirless land), wardships and heiresses continued to attract hefty bids from those anxious to compete for such feudal 'incidents'. Hostages were expected to fine heavily for their release, whilst the apparent regularity of hostage taking itself testifies to the King's far from popular ways of disciplining his barons. So do the fines that arose from disputed inheritance or from the particular problems of the lordship of Meath, where the King had intervened decisively in 1210 to expel the previous lord, Walter de Lacy.13 So does the King's willingness to accept a higher fine, of 1000 marks, for the wardship of the heir of Thomas fitz Maurice, despite the fact that Thomas's wife had offered only half this sum, and apparently had her fine accepted, when the King was in Poitou in 1214. By contrast, when a son succeeded his father in an Irish estate, as was the case with William Sancmelle, or Hamo de Valognes, the King took reliefs of 200 marks (£133) and £100 respectively, in both cases more or less in line with the £100 that Magna Carta was to specify as the correct relief for a barony or earldom. Realpolitik thus rubbed shoulders with rapacity, no more obviously than in the repeated demands, throughout this list of Irish fines, that archbishop Henry should take the fines offered 'or more if you can get it' (vel maiorem si poteritis, repeated in ten of the twenty-seven transactions recorded here).

In other business this week, Thomas de Neville was asked to negotiate with various members of the Jewish community who had fled England since 1210, pleading poverty and their inability to pay harsh tallages and demands. Provided they supplied securities for future repayment, they were to be allowed to return.14 Part of another hefty tallage, imposed in 1214 on the men of Exeter, was to be forgiven in return for repairs to the city's walls: an indication that civil unrest was anticipated not just in the north or East Anglia, but in the far south west. These orders further imply that the King was planning to visit Exeter in person.15 The countess of Salisbury, whose husband, earl William, had been a prisoner of the French since the battle of Bouvines, was promised two oaks for firewood.16 This was hardly a lavish gift. It does nothing to support the rumour, later circulated by the French court historian Guillaume le Breton that, whilst earl William languished in prison, his half-brother, the King, incestuously seduced his wife.17