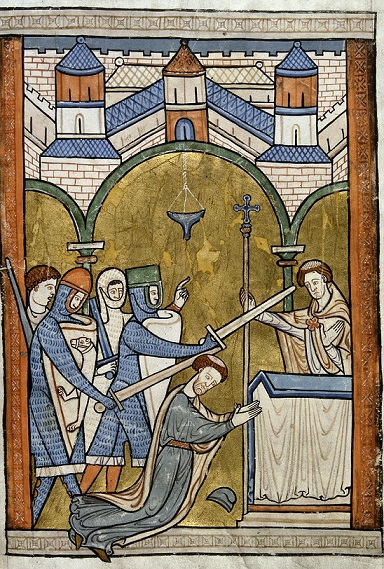 From Hereford, the King made his eastwards to Worcester where he spent Christmas. Roger of Wendover, writing with hindsight, reports the King and his court passing barely a day at Worcester before hurrying back to London to confront the barons.1 In reality, he spent at least two days at Worcester, and did not reach London until the second week in January. At Hereford, on 21 December, the King signalled his approval of the election of a new abbot of the Augustinian community at Darley near Derby, the latest such notification issued in accordance with the charter of free elections granted in late November.2 Anxiety had long been expressed over the loyalty of the great Marcher family of the Lacys. On 26 December, the day after Christmas, the King commanded Engelard de Cigogné to ensure Walter de Lacy protection and enjoyment of all liberties that had previously been enjoyed by his father, Hugh de Lacy, in the time of King Henry II.3 Christmas day itself produced no work recorded on the chancery rolls. In all likelihood, this was an occasion of feasting and over indulgence, potentially a dangerous opportunity for tensions to boil over into words or deeds. Most famously, it had been unguarded words, uttered by John's father at his Christmas court in 1170 that had set four of his courtiers on the road to Canterbury and the murder of archbishop Becket. Much as we might like to know what was discussed at the King's table on 25 December 1214, the chancery rolls fail to enlighten us. They do, nonetheless, suggest a desire to display the King's magnanimity. At Worcester on 27 December, John issued what seem to have been the first charters entered on Charter Roll since late November: general confirmations of land and possessions to the Cistercians of Whitland (Carmarthenshire) and Cwmhir (Powys), both of them communities with strong links to the native Welsh princes.4 Besides their significance as further evidence of a desire for rapprochement with the Welsh, these charters also supply the names of those attending the King's Christmas court. Alongside various key royalists (Peter des Roches bishop of Winchester, William Marshal earl of Pembroke, William earl of Arundel, William Brewer, the forester Hugh de Neville, and the chancellor Richard Marsh) these included at least three future rebels: Giles de Braose bishop of Hereford, Saher de Quincy earl of Winchester, and Robert de Ros. Orders were issued on the same day for the release of a leprous prisoner from Gloucester castle, perhaps a Welshman.5 There was also concern for the merchants of Saint-Omer, one of whom, Giles de Bodingham, was granted licence to trade during the present five-year truce with France, another of whom, perhaps a kinsman, John de Bodingham, was to have his chattels released provided he supplied proof of his intention to pay a sum of £200 owing to the King.6 In due course, expenses audited in London in January 1215, reveal further aspects of the King's Christmas festivities: the fact, for example, that the Laudes (the great hymn of rulership opening 'Christus Vincit') were sung before the King by two clerks, Master Robert of Saintes and James of the Temple, and that no less than 50 deer and 60 pigs were consumed during the festivities.7