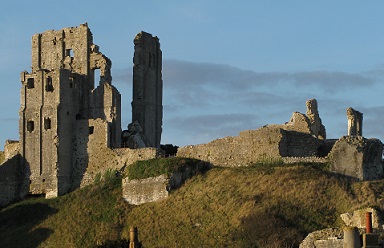 Travelling via Worcester, in rather different circumstances from those in which he had last visited the city at Christmas, John returned from the Marches to his familiar stamping grounds in Wiltshire. There can be little doubt that he wished to stay close to his chief sources of treasure, at Marlborough, Corfe, Winchester and Bristol, some of which, by this time, may have been tapped close to exhaustion. An indication of concern here comes in letters of 4 August addressed to William de Harcourt and the constable of Winchester Castle commanding them to transport a sealed chest ('archa') that had been evacuated from London to the tower at Winchester, to be taken safely to Clarendon by 11 August (Tuesday after the feast of St Laurence).1 En route, the King continued to issue a stream of commands relating to Irish lands and hostages.2 One of the Anglo-Irish landholders rewarded at this time, Geoffrey Lutterell, was now sent to join Philip Mark and the garrison at Nottingham.3 In what appears to have been an ongoing attempt at least to appear to repair past wrongs, Philip himself was instructed to enquire into a fine made by the late justiciar, Geoffrey fitz Peter, for a Nottingham heir. If the money had been paid by Geoffrey's son, the rebel leader, Geoffrey de Mandeville, then Philip was to grant him seisin.4 John Marshal, whose ascent in royal favour continued, was now confirmed not only as sheriff of Dorset and Somerset but as keeper of the counties' ports.5 At the same time, he secured recital in the chancery rolls of an early order, of February 1215, promising him an annual rent of 25 marks from the Dublin Exchequer in return for land that he had surrendered in Ireland to the King of Connaught.6 Ireland and its lords remained as crucial to the King's concerns as had been the case throughout June and July 1215. 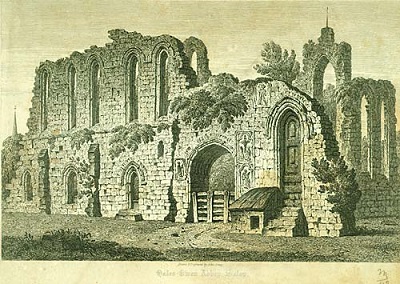 Amongst routine acts of patronage, including the grant of a penny a day to an anchoress living at Preshute outside Marlborough, we find the King insisting that Brockhurst Castle (at Church Stretton in Shropshire) be restored by William fitz Alan to a servant of the chief forester, Hugh de Neville, to hold as it had been held before the dispute between King and barons.7 Walter de Cantiloupe, whose career in and around the court was to last for a further half century, acquired another living in the King's gift.8 At Clarendon on 8 April, the King issued the only charter recorded this week: a major gift, conferring the manor of Halesowen upon Peter des Roches, bishop of Winchester, there to found a Premonstratensian abbey. Hales itself had previously enjoyed close connections to the Welsh princes. Its gift to Bishop Peter was undoubtedly intended as a thank offering, both for Peter's service as justiciar in 1214, and for his loyalty at (and since) Runnymede.9 A grant of a Jew's house at Lincoln to Jordan of Ashby might be considered routine were it not for the fact that Walter of Coventry reports the baronial seizure of the city, although not the castle of Lincoln in early June 1215. In these circumstances, the King's disposal of property there suggests hopes that royal order had been restored.10 The bishop of Coventry, the former Exchequer servant William of Cornhill, was asked to make enquiries into what might or might not have been taken by the King during the late vacancy in his see, with orders to William of Ely, the King's treasurer, to believe whatever Bishop William might tell him.11 Two of the most interesting letters recorded this week were entered on the dorse of the Patent Roll. One, issued at Cirencester on 3 August, requests a loan of up to 13 marks for R. late abbot of Thornton (in Lincolnshire) going as the King's envoy to Rome.12 We have already considered the role played by envoys in carrying messages to the Pope from the King against the barons. Was the abbot of Thornton's departure part of this same highly political mission? At the same time, and in what might be considered an entirely routine command, Robert de Bella Aqua was commanded to attend the King's justices at Oxford on Monday 17 August (the Monday after the feast of the Assumption), to answer for his land at Upton in Northamptonshire.13 Two things are highly significant here. The first is the tacit assumption that the King's justices would once again meet to adjudicate matters of law: something that had not happened with any regularity since the collapse of the court of common pleas, earlier in the Spring. The second is that these justices were expected to meet at Oxford. Here we have independent confirmation of the claims of the Crowland chronicler that (in accordance with the term set in the London Treaty made at Runnymede, and perhaps in resumption of the negotiations that had faltered at Oxford in late July) a conference was summoned by Langton and the bishops to be held immediately after the feast of the Assumption (15 August) at which, it was hoped, enmity might at last be buried. For this, according to the chronicler, the King and bishops were summoned to meet at Oxford, the barons at Brackley.14