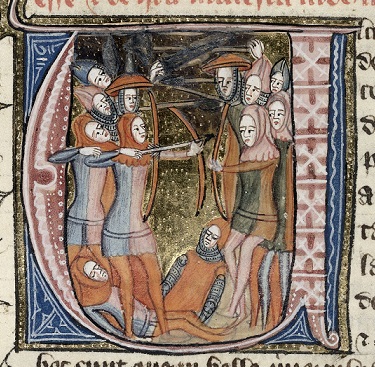 The King remained in east Kent for the whole of the present week. On Thursday 24 September, as we are informed by the chronicler known as the 'Anonymous of Béthune', the mercenary captain, Hugh de Boves, embarked from the Flemish coast with a large body of knights and serjeants recruited in Flanders.1 Preparations for this long-anticipated event can be detected on 20 September in the King's commands to the men of Dunwich, Yarmouth and the Cinque Ports to follow instructions about to be delivered by Nicholas fitz Robert (alias Nicholas of Dunwich) and Alexander of Rye, presumably concerning the transport of the King's mercenaries across the Channel.2 On 22 September, letters of safe conduct were issued for Alice of Béthune, the wife of William Marshal the younger, travelling from her native Flanders into England.3 There were also safe conducts for John de 'Chambli', coming into England with arms and horses, and, beginning on Monday 21 September, several commands to Robert de Barreville, apparently deputed by Hubert de Burgh to the custody of Dover castle. Here the King requested armour and arms for various of his mercenaries, including those attached to Savaric de Mauléon.4 Some of this armour is said to have been brought south from Northampton, perhaps at the time that the alien constable of Northampton, Geoffrey de Martigny, had taken ship for France.5 Robert was also asked, in peremptory terms, for news of the King's son who had been left in his care (presumably here referring to Richard, the future earl of Cornwall, who in August had travelled in the King's company, by sea from Southampton to Kent).6 Robert, together with the King's tailor, William Scissor, recently granted land seized from Roger Huscarl, were also made responsible for supplying the King with crossbows, crossbow bolts, food and clothing, including what seems to have been the King's own armour, all of which was to be sent from Dover to Canterbury.7 Given the King's well-known fondness for falconry, we might the inclusion in these commands of a request that William send all the bells ('noelettas') for hawks' that he had at his disposal.8 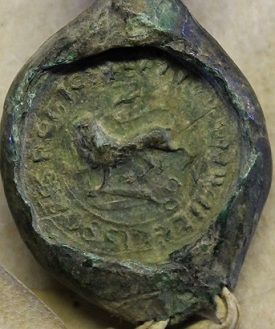 The seal of William Scissor. Magdalen Oxford (Muniments, South Newington 1a): a lion passant gardant, beneath it a pair of scissors or shears, legend: SIGILLVM WILL'I CISSORIS REGIS.

Besides the land previously assigned to Roger Huscarl, we find what may have been forced seizures of land in Wiltshire from William fitz Alan, at Goodnestone ('Godwineston') near Chilham in Kent, and at 'Selves' in Kent.9 A continued concern to curry favour with the papacy is revealed this week both with commands for £136 to be paid to the Pope in arrears for Peter's Pence owing from the diocese of Lincoln, and with a grant of 200 marks in ecclesiastical rents to the Pope's foundation at St Sixtus in Rome, pending the assignment of an equivalent sum assigned from the church of Bamburgh as soon as it should be vacated by the papal chamberlain, Stephen of Fossanova.10 This award, made at Canterbury on Thursday 24 September, was set out in a charter witnessed by the earls of Salisbury and Aumale, Hubert de Burgh, Savaric de Mauléon, Warin fitz Gerald, Fawkes de Breauté and Stephen Harengod: the last such royal charter to be entered in the chancery rolls before January 1216 and perhaps, like the use of the King's privy seal this week, marking the departure of the chancellor, Richard Marsh, for the great Church council summoned to Rome.11 In the cathedral churches of York and Ely, where episcopal elections continued to be contested, the King interfered to award patronage to favoured clerks: Alexander of Dorset and Richard de Tosny.12 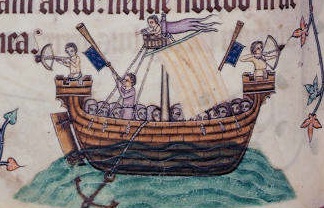 The most dramatic events of this week occurred at sea. Having embarked from Flanders, perhaps from Calais, on Thursday, 24 September, Hugh de Boves and his ship, carrying at least 36 Flemish knights, were caught in a terrible storm on Friday 25 September, and by Saturday 26 had been shipwrecked off the coast of Dunwich. Hugh himself was drowned. Those stranded by the outgoing tide on the sands feared not just the perils of the sea but the crowds on shore who gathered, clearly in the hope of wreckage and the spoliation of what remained to plunder. At least one ship in the fleet was carried off in the direction of Denmark. Those on board were so afraid that they communally vowed themselves crusaders. The King, so we are told, was by this time at Canterbury, alarmed by news that the 'Northerners' had now left London and had not only occupied Rochester but had advanced along Watling Street as far east as Ospringe.13