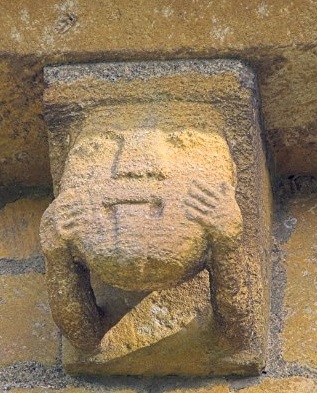 Moving south from Worcester, at Tewkesbury on 28 December, the King announced his acceptance of a fine of £100 from Philip of Bampton for custody of a Herefordshire heir. Philip himself was a close familiar of Hugh de Neville, the King's chief forester.1 Fulk fitz Warin was licensed to take five deer in the King's forest in Leicestershire, a routine enough instruction but significant in the context of Fulk's ongoing (and generally troubled) relations with King John.2 By New Year's eve, 31 January, the King was at 'Geiting', interpreted by Thomas Duffus Hardy as Geddington in Northamptonshire but in reality Guiting (either Guiting Power or more likely Temple Guiting, both in Gloucestershire). There he issued orders for the vill of Little Holland in Essex to be granted to Alice de Jarpenville provided that it was not worth more than £10, and for the sheriff of Yorkshire to ensure William de Forz, newly recognized as earl of Aumale, £20 of land in Pocklington by inquest of twelve knights of the county.3 New Year, perhaps even more than Christmas, was a season of feasting. It was also the preferred occasion for gift giving at court. What gifts, one wonders, did King John receive at the start of 1215, a year that was to prove the most fateful of his reign?